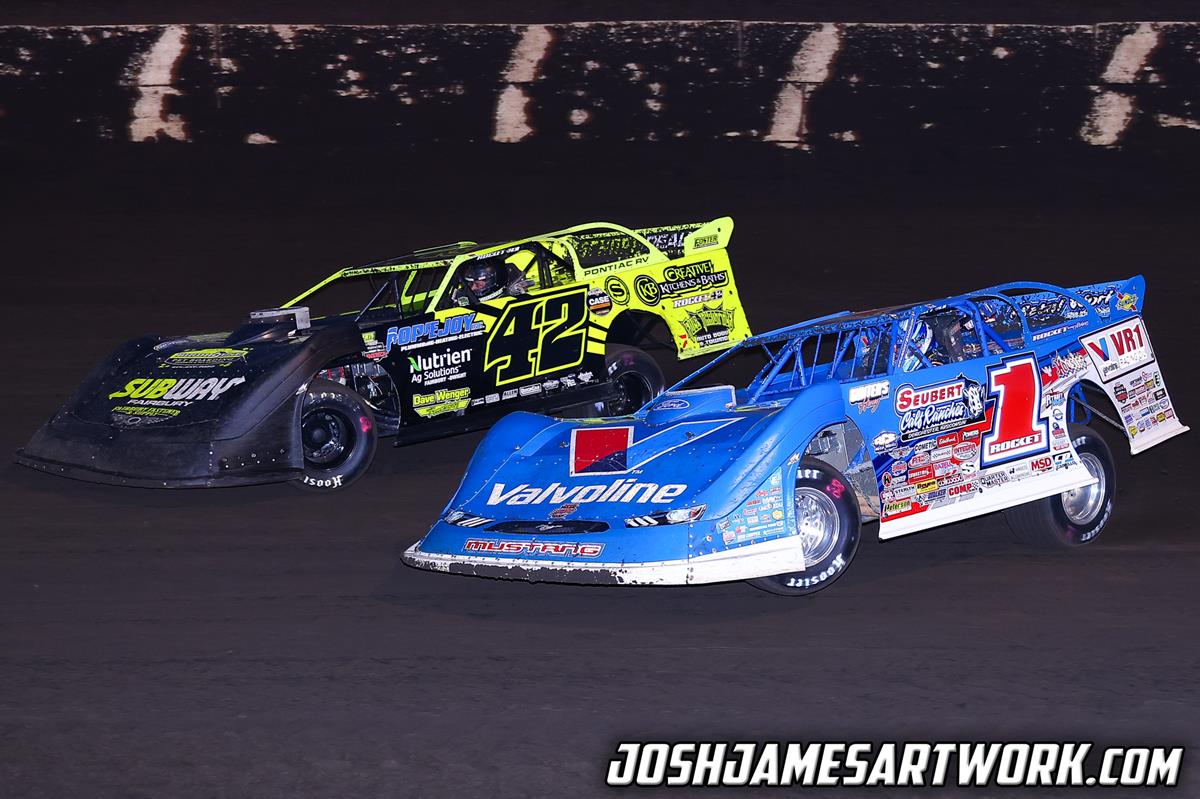 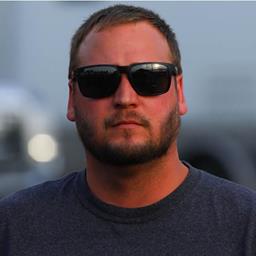 Tuesday saw McKay Wenger return to the driver’s seat of his Creative Kitchens & Baths No. 42 Late Model as the Castrol FloRacing Night in America miniseries invaded his home track of Fairbury Speedway (Fairbury, Ill.) for the sixth round of the tour. (Josh James Artwork)

In a talent-laden field of 42 cars, Wenger posted a sixth-place finish in his heat race, relegating him into the B-Main for another shot at the $22,022-to-win A-Main. Needing to place second or better, McKay fell short with a sixth-place outing.

Back in action on Saturday, McKay traveled to Spoon River Speedway (Banner, Ill.) for the MARS Racing Series-sanctioned Tom Knowles Memorial. Battling for a $3,000 payday in the feature, Wenger raced to a fourth-place in the 25-lapper, which came behind Ryan Unzicker, Jason Feger, and Bob Gardner with Tucker Finch coming in fifth. 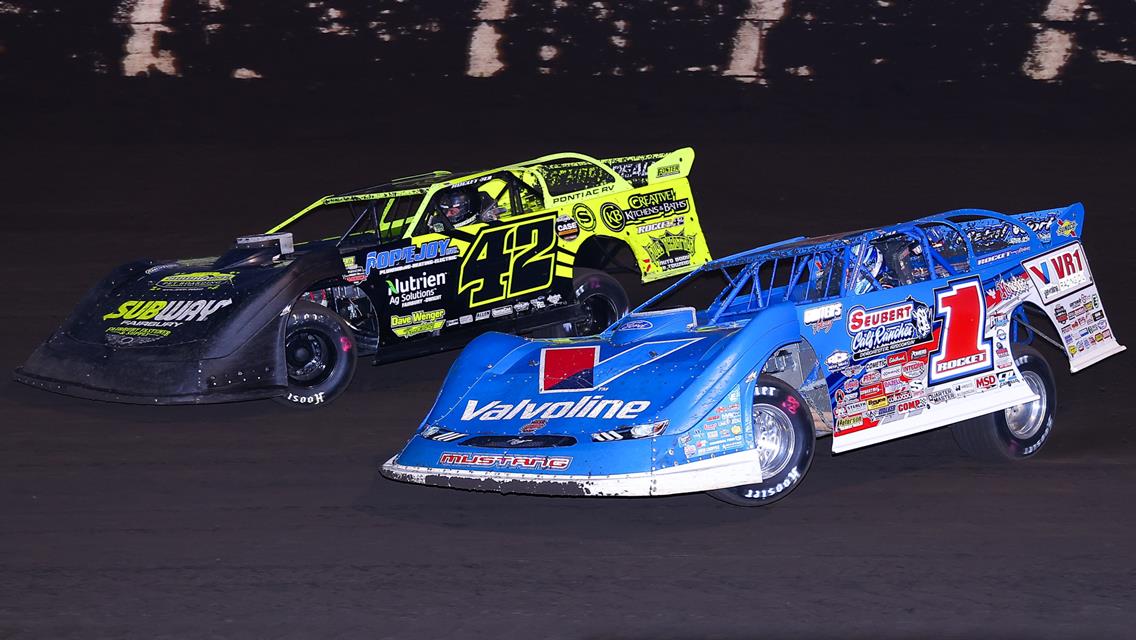 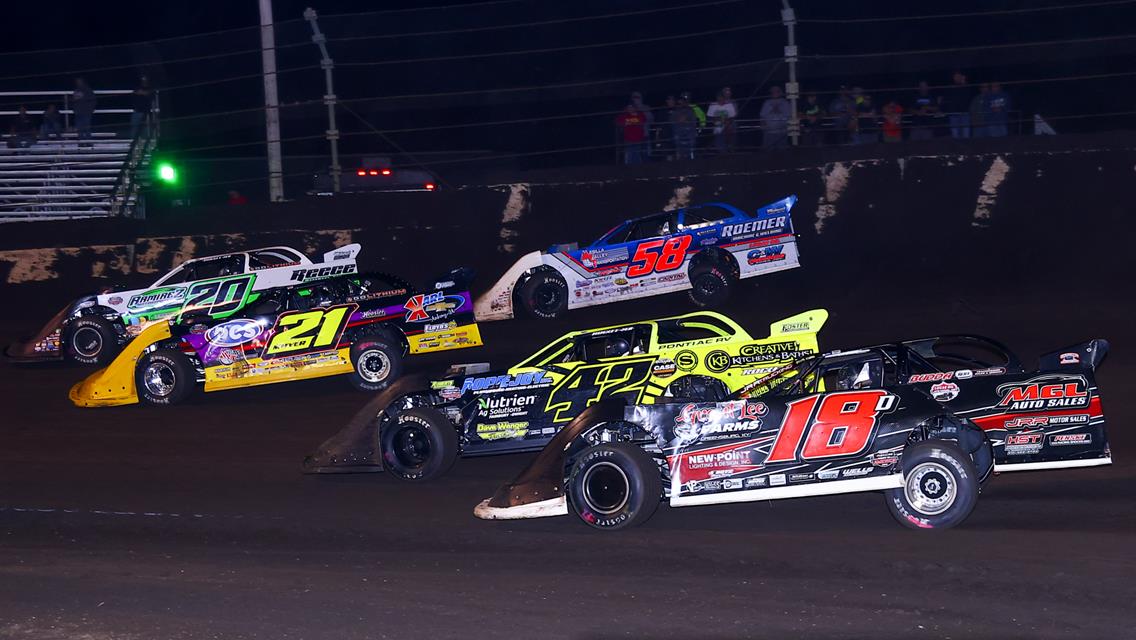 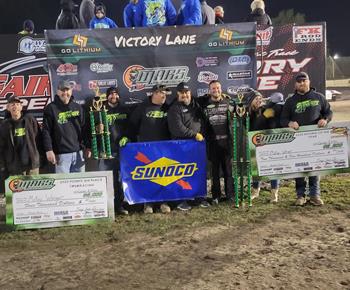 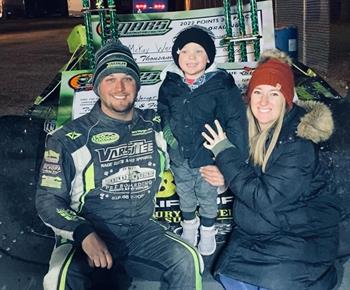 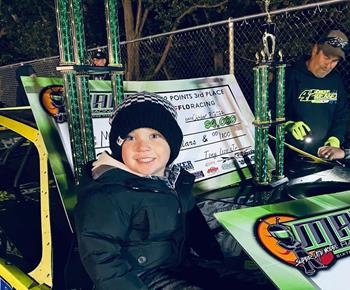 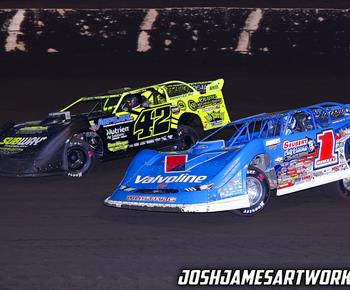 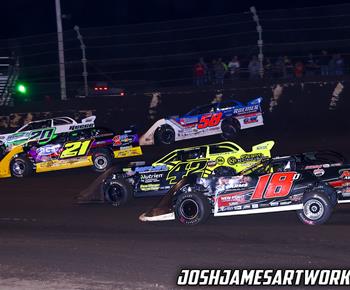 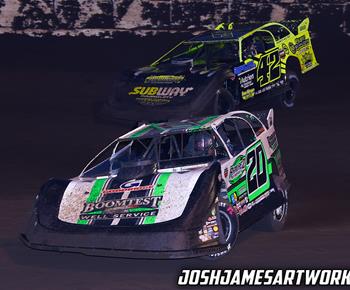